The Civil Engineering Department is the mother of all Engineering Branches. The department is aiming at the development of student community to face the future world with the latest technical knowledge through research, good leadership qualities, industry-institution interaction and spirit of competence.

♦ To encourage innovations among student

PEO 1: To prepare students for successful careers in Civil Engineering field that meets the needs of Indian and multinational companies.

PEO 2: To develop the confidence and ability among students to synthesize data and technical concepts and thereby apply it in real world problems.

PEO 3: To develop students to use modern techniques, skill and mathematical engineering tools for solving problems in Civil Engineering.

PEO 4: To provide students with a sound foundation in mathematical, scientific and engineering fundamentals necessary to formulate, solve and analyse engineering problems and to prepare them for graduate studies.

PEO 5: To promote students to work collaboratively on multi-disciplinary projects and make them engage in life-long learning process throughout their professional life.

On successful completion of the programme,

PO1:  Graduates will demonstrate knowledge of mathematics, science and engineering.

PO2: Graduates will demonstrate an ability to identify, formulate and solve engineering problems.

PO3: Graduate will demonstrate an ability to design and conduct experiments, analyze and interpret data.

PO4: Graduates will demonstrate an ability to design a system, component or process as per needs and specifications.

PO5: Graduates will demonstrate an ability to visualize and work on laboratory and  multidisciplinary tasks.

PO6: Graduate will demonstrate skills to use modern engineering tools, software and equipment to analyze problems.

PO7:  Graduates will demonstrate knowledge of professional and ethical responsibilities.

PO8.  Graduate will be able to communicate effectively in both verbal and written form.

PO9:  Graduate will show the understanding of impact of engineering solutions on the society and also will be aware of contemporary issues.

PO10:  Graduate will develop confidence for self education and ability for life-long learning.

The Department is aiming at the development of student community to face the future world with the latest technical knowledge through research, good leadership qualities, industry-institution interaction and spirit of competence.

Following laboratories are established with facilities as per Anna University requirement and in addition conforming to the present needs with an investment of about Rs 100 lakhs.

♦ All the computers (40 Nos.) in the CADD centre are attached to a server.

♦ The lab has uninterrupted power supply throughout the day.

♦ The students are given training in handling Civil Engineering software and other fruitful packages such as AUTOCAD, STAAD, STRAP, ER Mapper and Primavera.

♦  Test on Bitumen such as Macs wall method of mix design,

The following are the details of activities conducted in the department

♦ One day workshop on ABAQUS software on 7th November 2015

♦ One day workshop on Applications of Modern surveying in Coastal Zone Management on 27th March 2018.

♦ A National conference on Modern Trends in Civil Engineering on 28th March 2018.

Every year the students would organize Industrial visits to various Industries in various fields of civil engineering to acquire practical knowledge.

Visited Industries and places include

HEAD OF THE DEPARTMENT – CIVIL 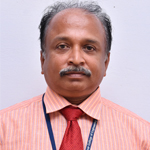